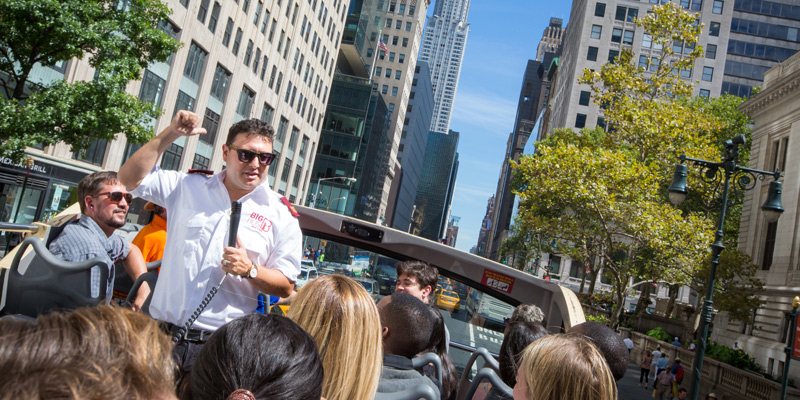 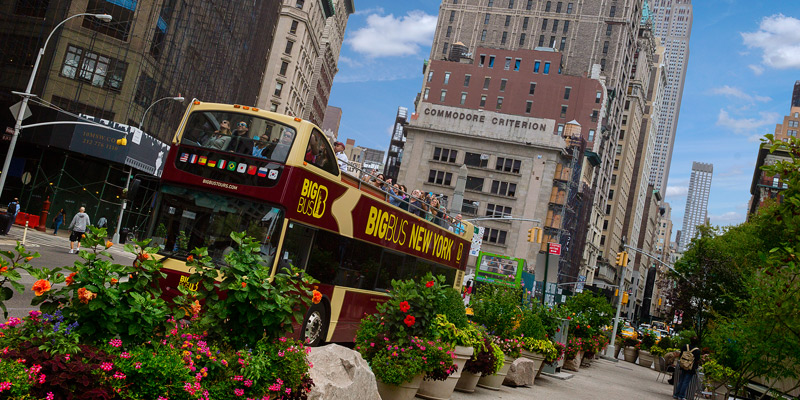 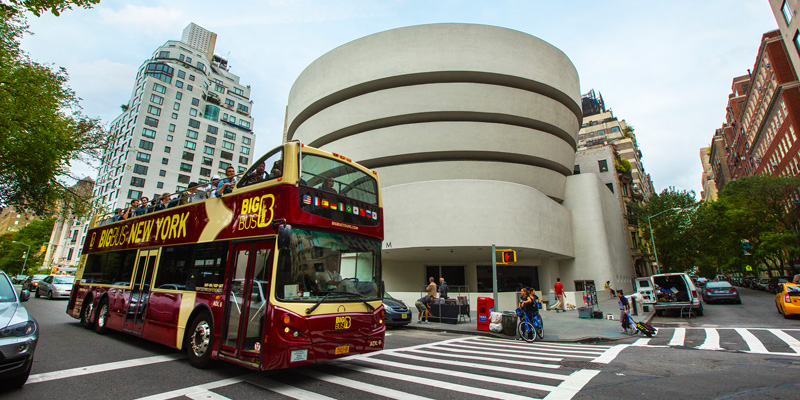 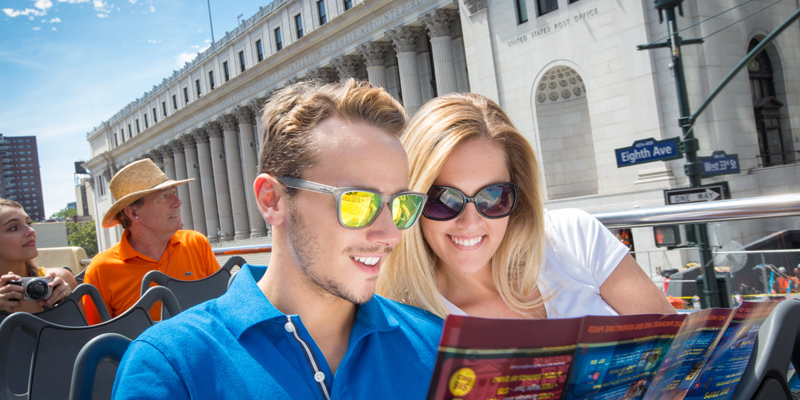 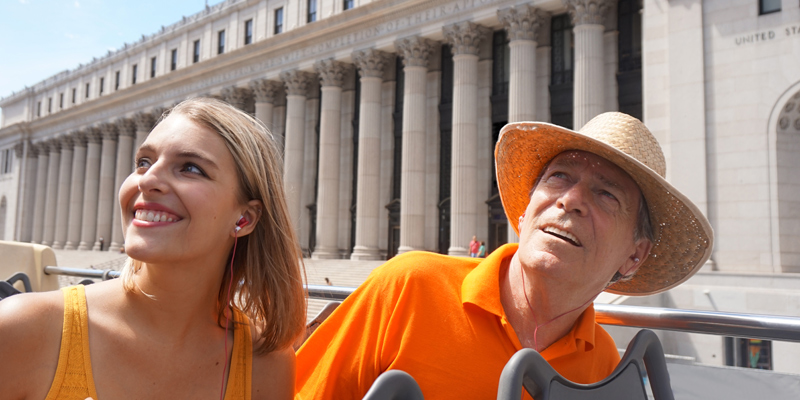 Best way to start your trip! Get to know the city’s layout and view top attractions from the company with the highest TripAdvisor rating among NYC bus tours and has live guides on every bus! This classic Hop-On Hop-off bus tour includes loops of downtown and uptown Manhattan.

Tick all the famous New York landmarks off your list on this one-day hop-on, hop-off bus tour. You can take your pick from uptown and downtown Manhattan routes, or venture into Harlem and discover a different side to NYC.

You'll be taken from one hotspot to the next, with over 30 stops along the way where you can hop off and explore. Be dazzled by the bright lights of Times Square, enjoy a peaceful stroll through Central Park, or taste your way around the famous foodie spots in Little Italy.

Enjoy the commentary from your lively tour guide along the way, and learn all about the landmarks and sights you pass. They'll not only provide the history and facts behind everything you see, they'll also offer useful tips to help you plan the rest of your New York City vacation. Pre-recorded audio guides are also available in ten different languages.

Explore New York at your own pace with this one-day pass and get to know this world-famous city.

Top tip
Download the free Big Bus Tours mobile app and get access to all the New York Big Bus routes, and bus times right in your pocket. Plan which stops to hop on and off at to see all the popular sights, museums, and attractions you want to visit with its customizable map feature. Plus, it includes fascinating facts about the city’s top sites.

The New York Explorer Pass is the best choice for maximum savings and flexibility. Choose to use your pass for Hop-On Hop-Off Big Bus New York: 1-Day Classic Tour tickets, then look to the list of other top attractions for your other Explorer Pass admission choices!

Please note: you must arrive at least 30 minutes prior to the last departure.

Ticket valid only for the Uptown and Downtown loops. Live commentary is provided in English by a Big Bus tour guide. Recorded commentary is available in 10 languages.

How does a New York Explorer Pass work?