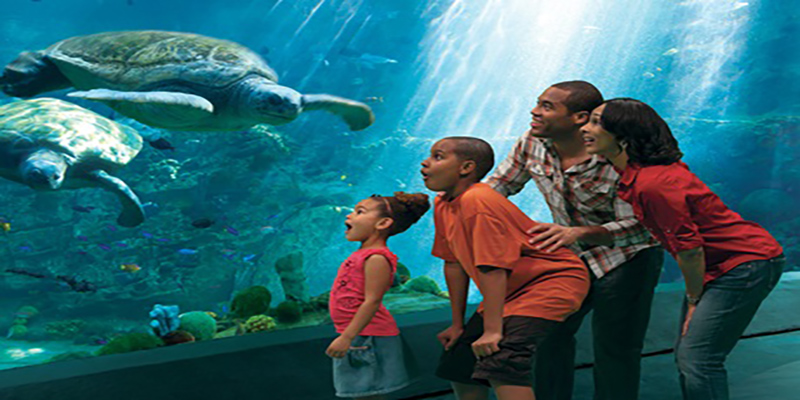 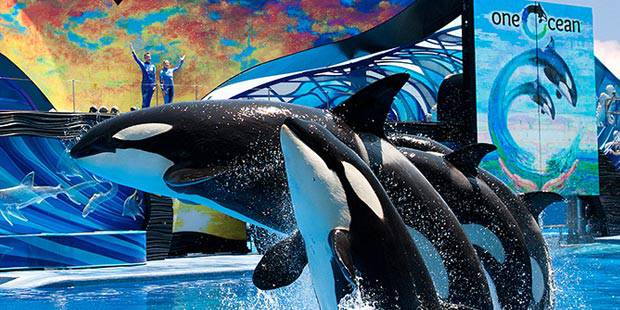 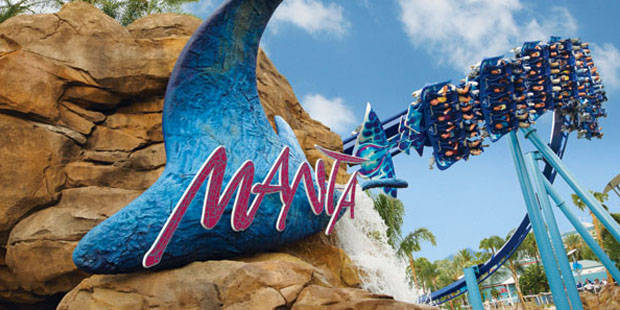 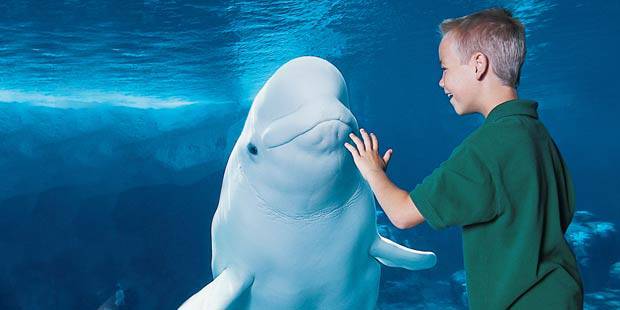 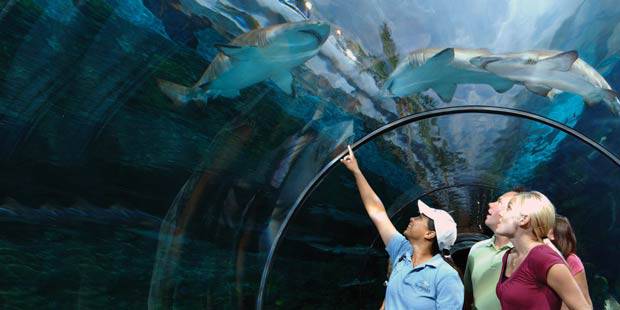 SeaWorld lets you dive into endless adventures. Be inspired by the all-new TurtleTrek, featuring the world’s only 3D-360 experience. Connect with the sea through amazing shows including the Shamu show One Ocean, and up-close animal encounters. Then glide, soar and spin headfirst like a ray on Manta, SeaWorld’s flying coaster.

There’s no water park quite like SeaWorld, and this pass gives you one full day’s worth of aquatic animal adventures and rides.

With humble beginnings, the park was started by four graduates of UCLA whose original idea was to build an underwater restaurant. SeaWorld is now an internationally-renowned attraction, with locations on Orlando, San Diego, and San Antonio. World-class marine mammal and animal shows, interactive exhibits, and high-speed water rides and roller coasters make SeaWorld Orlando one of the premier attractions in the nation. Here’s a look at the highlights of this massive park:

Antarctica: Empire of the Penguin, transports you into the icy world of the penguin like never before. Experience the mysterious land through the penguins’ eyes on a first-of-its-kind family ride, connect with a colony above and below the water and be inspired to make a difference.

Rides: Explore the mysterious lost city of Atlantis on a water/roller coaster combo ride; take on one of the world’s top ten roller coasters, Kraken—named for mythological sea beast; free fall in a capsule on an electric-blue, 400-foot tall Sky Tower (additional fee applies); get your adrenaline pumping on a jet helicopter simulator that goes straight into the heart of an arctic storm; and check out Manta- a stingray-like coaster that soars over sea and sky in graceful flight, reaching speeds of up to 60mph!

Exhibits: The animal exhibits are SeaWorld’s claim to fame, and while the rides and shows are exciting, this is the part of the park that truly is “as real as it gets”. Sharks, polar bears, walruses, beluga whales, dolphins, penguins, rescued manatees, stingrays, Pacific seals, sea turtles, manta rays, coral reefs, and all manner of fish and marine life await you!

Shows: SeaWorld’s shows are world-famous! Here’s the breakdown (check website for up-to-date show information at the time of your visit):

Build your own discount attraction pass and save on combined admission to two or more attractions. Enjoy guaranteed discounts on SeaWorld Orlando 1-Day Admission tickets and your choice of other top attractions.

Visit the Self Service Ticketing (Quick Ticketing) kiosks at the far right OR far left of the entrance. Press the Redeem button, scan the pass page with the SeaWorld logo (the one with the bar code) under the bar code scanner and a ticket will be printed for you (Note: you must use the bar code scanner). Take that ticket and a photo ID to the turnstiles for park admission.

From the North (Downtown Orlando, Universal Studios, Sanford, Deland, Daytona): Take I-4 West to exit 72 (Beachline Expressway/FL-528/Airport). Once on the Beachline, take the International Drive exit.

The Lynx #50 bus goes from Downtown Disney to Downtown Orlando and back, but does have a stop near SeaWorld Orlando. For itinery and route information go to www.golynx.com click on schedules and maps.

Add attractions to your pass to save on the gate prices listed.

Build Your Own Pass